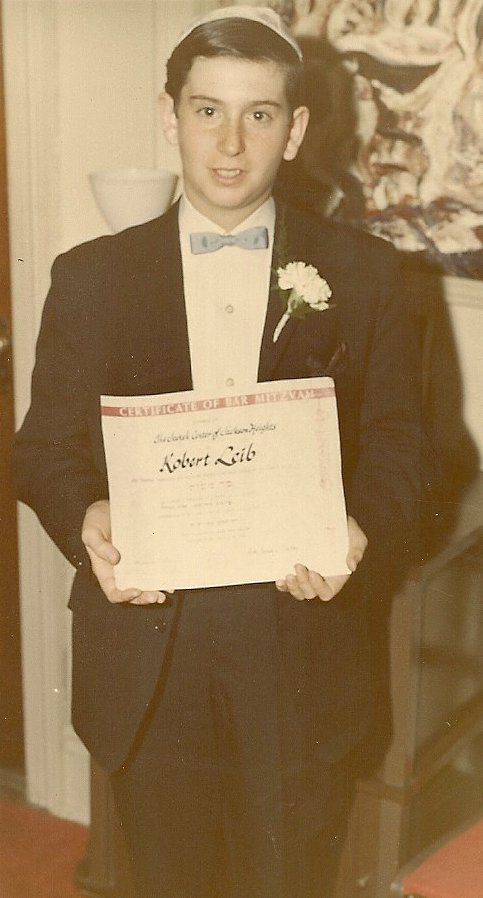 I was born in Manhattan, New York, on April 4, 1954.  At an early age in my life, my mother and father, both Jews, raised according to Jewish tradition, were divorced.  With no husband to provide for us, my mother had to work.  She hired an Austrian lady, affectionately called Nanny, to take care of me.  I was the last of about forty children she cared for during her lifetime.  She loved me as she did so many others who were as fortunate as me to be placed under her wing.  She, being a religious Roman Catholic, thought that I should be brought up in my religious faith.  One day she took me to the Synagogue, which had a Hebrew school.  Due to my circumstances, the school, that normally charged a lot of money for training, let me attend for practically nothing.  I went for two years, until I had my Bar-mitzvah (when a thirteen-year-old male assumes his religious responsibility as an adult.)

At age fourteen I went to live with my mother.  Although my mother was raised a Jewess, she had become involved in many occult and nominal-Christian beliefs.  She became a minister in the Thought Science Temple (which teaches the fatherhood of God and brotherhood of mankind, etc...).  Observing these things definitely made a deep impression in my life, and helped to influence me in the belief of God.  By this time, I had become so religious and so concerned and consumed with religious things, that I constructed a chain of rosary beads that I started wearing around my neck.  On it was a Roman Catholic cross, a Lutheran medallion, and a Star of David.  With tarot cards and a statue of Buddha at home, I carried a copy of the New Testament, Good News for Modern Man, in my shirt pocket.  I was confused, but I WANTED THE TRUTH!

At the age of seventeen, like many before me have done, I left home to see America. After selling my belongings, and buying a back pack, and a hatchet (like Davey Crockett); my journeys first took me to New Jersey, where my grandfather lived.  There, I heard about and then joined the U.S. Coast Guard.  Boot camp was a long thirteen weeks for me.  For some reason (I now know why), after completing boot camp, instead of going to Governor's Island, New York, the Guard thought it best to send me to AE school in Jacksonville, Florida.

One day, while in the barracks, a Navy man named Chuck Hamilton asked if anyone wanted to attend a church service with him. Overhearing this, I asked him if I could go along.  We attended Trinity Baptist Church, and heard Dr. Bob Gray preach the Gospel.  In that service, statements were made, like, If you are not saved, you're a SINNER on your way to HELL.  Like any lost man, those statements bugged me, and hit home in my heart.  I planned never to return.  But, deeply under conviction, by the next service, I did.  This time, the text was different, but the message was still the same. Get saved, or go to Hell.  After one more service, I went back to hear the message I had now rejected for three weeks.  And, on Sunday, October 8th, 1972, sitting about ten rows back, in a very large church service, with hundreds of people looking on, I walked down the church isle to receive Jesus Christ as my Saviour and Lord.  I'll always be thankful that Pastor Don Glenn took a King James Bible and showed me how to get my sins forgiven.  At that very moment, my life changed, and has never been the same since.

Bob and Terry have six children and as many grandchildren, and currently reside in Pensacola, Florida.